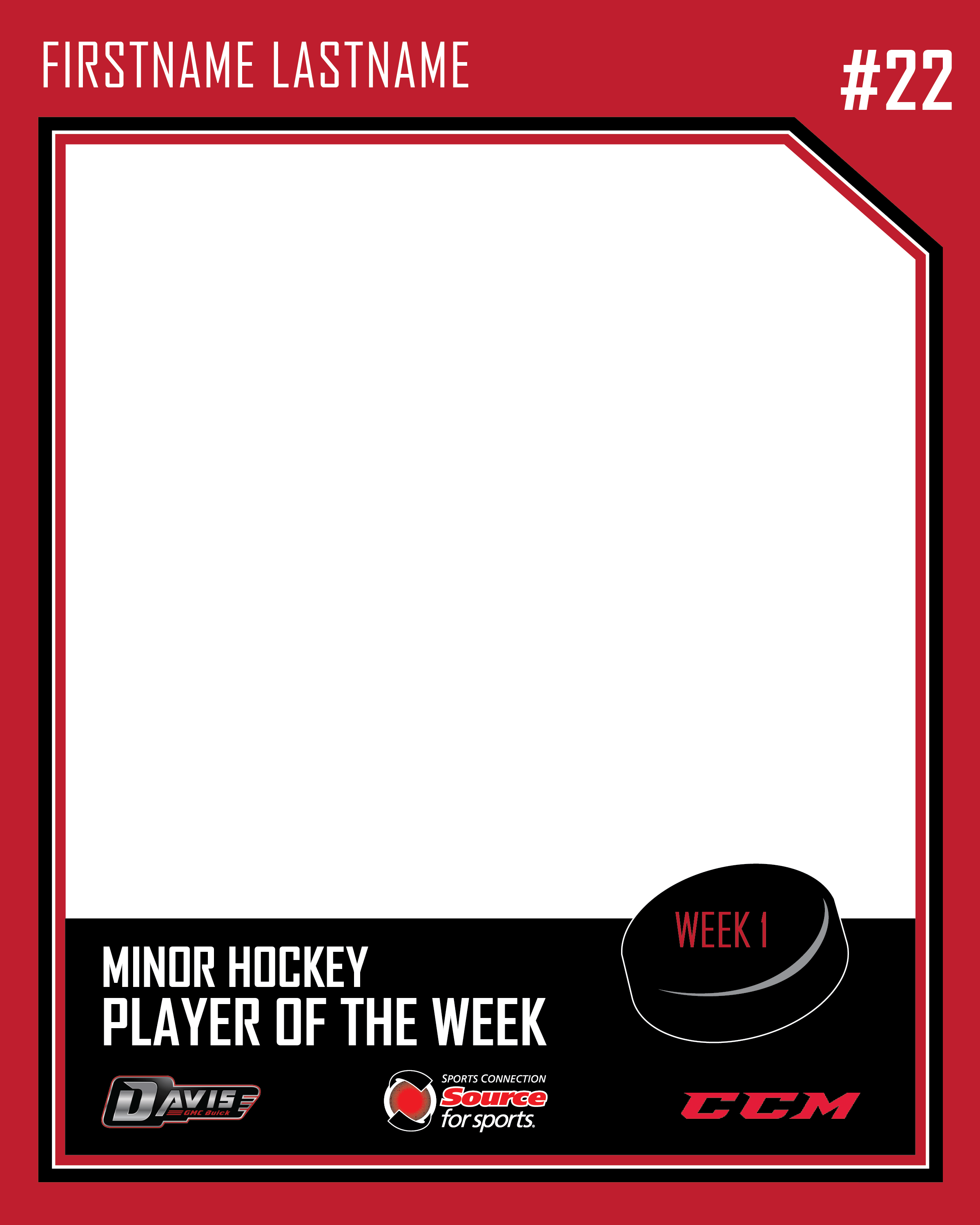 Every year Davis GMC Buick, Sports Connection Medicine Hat and CCM Hockey come together to put on Medicine Hat Minor Hockey Player of the Week. Each week players are nominated to compete in a voting contest where the highest number of votes wins. If you do not win, you are welcome to enroll again the next week. For those who are lucky enough to win, they receive a $150 Gift Certificate to Source for Sports (courtesy of Davis GMC Buick), a 10x skate sharpening card (courtesy of Source for Sports), and a mini stick of their choice (courtesy of CCM Hockey). Each child also receives their own personalized hockey card and are entered into the Player of the Year contest.

This year’s Player of the Week begins Friday, October 13 at 11:59am. Every Friday at 12 noon voting will close, and the following week will be open for new Player of the Week nominations. Links to each week can be found at: www.facebook.com/MHPOTW

There are lots of good reasons to nominate a player. This isn’t just about putting the puck in the back of the net. It’s for those who have break out games, who worked extra hard during practice, who filled a role when a teammate couldn’t make the game. Any reason is a good reason for nomination.

Good luck to all!